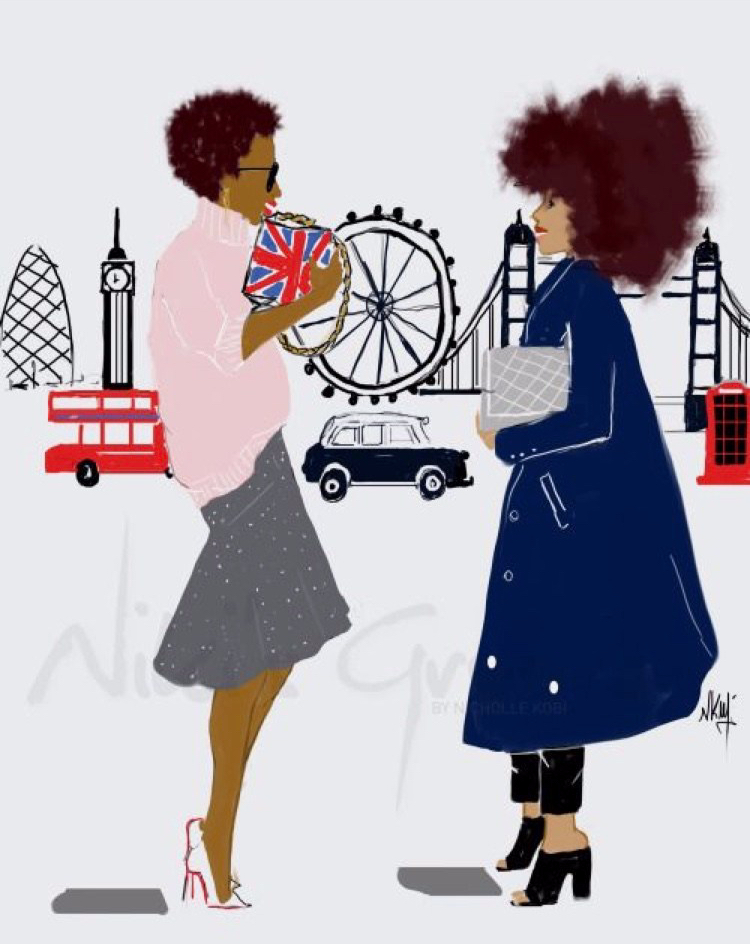 I recently had the privilege to do a blog collab/ interview a Black British blogger, and I hope you enjoy her answers as much as I do!

For people who are not familiar with your content what is your blog about?

My blog therconnect features three components: Lifestyle, Travel, and Poetry. Lifestyle gives my readers the lowdown of my daily experiences by documenting my personal stories. Travel is my travel adventures the good, bad and ugly. Here I feature my honest perspectives different destinations including photo diaries, itineraries, and travel reviews.

Lastly, I write poetry! Here you can check out my work and find something that relates to you. My blog aims to hopefully provide relatable experiences to all my readers.

Where in the UK are you located?

I am from London, England.

I noticed during my time in London, most of the people in my generation, millennials, do not consider themselves to be Black British, but their ethnic origins. Is there a shift in England about being considered Black British?

Well, I think there are two reasons for this explanation. Firstly, some Black people were not born in Britain. A lot of people I know lived in their homeland country and relocated at an early age. They consider themselves to be more in touch with their ethnic origin which makes sense as they would identify better. It also stems from feeling a sense of pride of where you are from. More recently now Black people are taking more pride in their culture from food to speaking their own language too.

Another explanation is although there are a Black British people actually born in Britain they consider themselves to be African/Caribbean due to the way they were raised. The way African and Caribbean people are raised to White British people differs, especially if their parents were raised in such way leading it to be passed down to each generation. I also feel that even when Black people are born in Britain we still get asked: “where are we really from?”. It seems like some people cannot comprehend Black people can be Black British. To a certain extent we are a product of our environment, being from and raised in Britain will influence us and forms a part of being that person.

How do you identify yourself?

I was born in Britain, so I identify as being Black British. I feel a lot of things relating to being who I am stem from being British. I say this because if today I packed from Britain and moved to Nigeria it will be a shock as I am not completely used to the culture as I have not lived there.

However, I can never abandon my African roots they play a major part in being who I am. I would say I am Black British, but I will proudly say I am Nigerian. My identity majorly stems from being Black which I take major pride in so how can I not consider myself African?

How would you consider the Black British experience?

Great question! This question is kind of difficult, to sum up. The Black British experience varies from what area you are from. For example, I am from London where there are a lot of Black people due to it being the largest city in the UK. The Black British experience has somewhat become more positive as I constantly socialize with Black people and we are able to learn so much from each other. However, someone living in a different part of Britain such as Huddersfield (Yorkshire) experience can differ from being black. On the other hand, no matter where someone is based in Britain we have something in common…we are black!

We deal with microaggressions whether it is someone stereotyping us because of the colour of our skin or giving us funny looks it happens here. Britain is still racist (no matter how it is for people to believe) people think because not everyone is shouting insults it doesn’t exist it does!

Let me not scare you though Britain is great obviously is needs improvement like everywhere else but there is so much stuff for Black people to do. There is an increasing amount of entrepreneurs and black people in high position. One thing I love about Britain is that there a lot of different opportunities.

Do you feel there is racism between other races of color, or do you feel a sense of unity?

Hey y'all!! I'm a young Black Muslimah, trying to navigate through college and my twenties the best way I know how. So, I decided to start a blog and share some of m crazy adventures and thoughts constantly racing through my head. View all posts by themisunderstoodafromuslimah

6 thoughts on “Being Black & British”